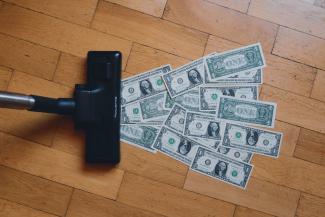 #1 The impact of Inflation

“Most Americans have suffered a substantial fall in their standard of living over the past 12 months. In the latest available 12-month change, 116.2 million American wage and salary workers suffered a 3.7% decline in their inflation-adjusted paychecks, the largest drop since 1980 (Chart 1). This alone more than offsets the gain in income going to the 6.5 million newly employed in latest 12 months. In addition, salary workers suffered a larger loss in standard of living than hourly employees (Chart 2). Inflationary damage to the 70 million retired Americans cannot be calculated in precise terms, but qualitatively the situation is not good. Those covered by Social Security received a 5.9% cost of living adjustment (COLA), however most private pensioners do not have COLAs. 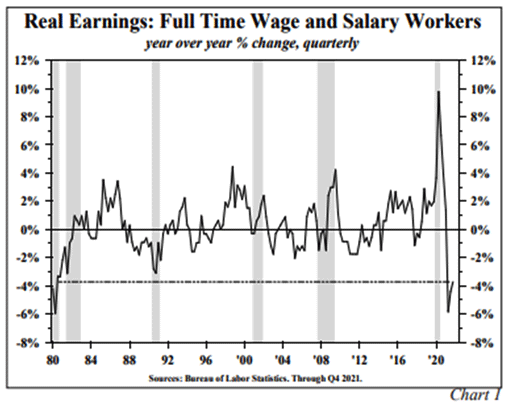 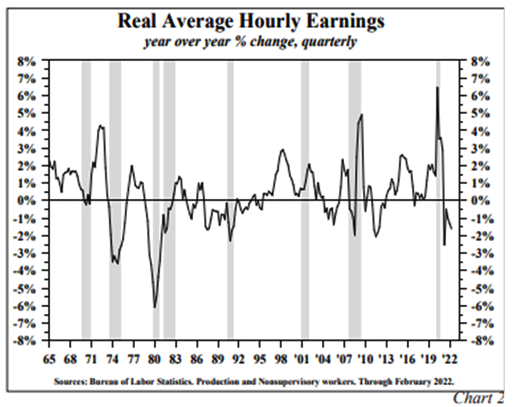 “A rough estimate is that approximately 50 million or more retirees’ real income has been seriously eroded by the 40-year decade high inflation rate. Summing those whose income trailed price increases (116.2 + 50) yields a figure of approximately 170 million Americans. The sizeable adverse impact of inflation is consistent with a decline in real disposable personal income in 11 of the 13 latest months. Eighty five percent of U.S. households make under $150,000 a year, with many living from paycheck to paycheck or on steady salaries. The imbalance between those who benefitted and those who were harmed from the monetary and fiscal policies pursued over the last two years is abundantly clear. The 8.5% inflation rate has dramatically lowered the standard of living of over 170 million individuals.” (source: Hoisington quarterly letter)