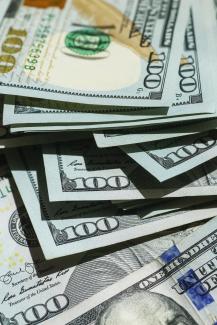 Ken Coniglio | Mar 14, 2022
With every passing month, politicians and economists try to blame inflation on anything but excess money growth.  As inflation gets worse, just like the 1970s, the list of excuses for inflation grows longer.  At the start of the year, politicians on the left were blaming higher inflation on greedy companies; now they’re blaming Putin.  Meanwhile, politicians on the right started out blaming higher government spending and bigger budget deficits; now others are blaming unfavorable demographics and de-globalization.
Among all these excuses we think the silliest is that inflation is caused by greedy companies.  Businesses are no greedier today than they were before COVID.
As to Putin, the Russia-Ukraine War has caused a temporary spike in prices for oil and other commodities.  Consumer prices rose 7.0% in 2021.  But, in the next couple of months, we could see consumer prices up about 9.0% from a year ago.  So, let’s say we can temporarily blame Putin for up to an extra two points of inflation, which should hopefully unwind later this year.  That still leaves a big inflation problem that existed before Putin ordered the invasion of Ukraine and, we think, will continue even if the invasion (hopefully) ends.
Some voices on the political right are saying inflation will continue in advanced countries because of the aging of the Baby Boom generation mixed with low fertility as well as de-globalization.  The idea is that fewer workers in the advanced world plus less willingness to extend supply chains to countries with lower-paid workers mean higher costs for businesses, which will have to be passed along to consumers.
We have no doubt that an economic environment in which labor is becoming (relatively) scarcer is prone to higher inflation if central banks ignore this issue when setting monetary policy.  But these phenomenon – retiring Boomers, low fertility, de-globalization – are not hidden or some sort of secret.  If they’re obvious enough for some economists to develop theories about how they’ll affect inflation, then they’re also obvious enough for central bankers to adjust monetary policy so that higher inflation doesn’t result.
But what that would require is for central bankers to dust off the writings of Milton Freidman, the same writings they’ve been casually dismissing the past two years as the M2 measure of the money supply has soared.
It is ultimately the increase in the money supply that’s responsible for inflation.  It doesn’t matter whether government spending or the budget deficit is high or low, whether the labor supply is growing or shrinking, whether free trade is waxing or waning; inflation is based on decisions made by central banks.  If the money supply grows too fast, you get more inflation; if the money supply grows too slowly or shrinks, you get deflation.  If the central bank does its job right, you get stable prices.
Which is why we suspect inflation is going to keep exceeding the Federal Reserve’s supposed 2.0% long-term target for a long time to come.  The money supply is still growing rapidly and the Fed is just getting around to its first modest rate hike (most likely 25 basis points) later this week.  It is nowhere close to being tight and tight it will have to get in order to tame the inflation it’s unleashed.
Brian S. Wesbury – Chief Economist, First Trust
Robert Stein, CFA – Deputy Chief Economist, First Trust
© 2023 PWA Financial All rights reserved.