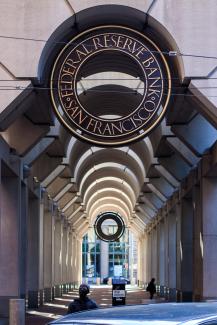 The Fed and Market Volatility

Fed Day Is Here as Volatility Hits Fever Pitch. What to Watch.

Uncertainty and anticipation over the Federal Reserve’s next move has reached fever pitch. Just look at the stock market in recent days.

The yardstick for what would be a hawkish outcome versus a dovish one is perhaps a tiny bit clearer. No action is the likely outcome, but it’s the Fed’s future path—as it fights to control inflation—that is leaving investors on tenterhooks.
A first rate increase in March is expected but then it’s the question of how many beyond that. Signals of anything above four this year may move the dial, potentially bringing fresh turmoil for stocks. An early end to its bond-buying program could also be considered hawkish, while news on when the central bank will begin reducing its $9 trillion balance sheet will also be closely watched, though a formal date isn’t expected.
A ‘shock and awe’ approach, by way of an immediate 50 basis points surprise rate increase, isn’t completely out of the question but would be very out of character for this Fed. Surprises from Fed Chair Jerome Powell have typically occurred in Senate hearings or through the release of minutes.
Another factor against such a move is the recent market volatility, which Fed officials will have been all too aware of while making their deliberations.
But preventing volatility comes second to fighting inflation for the Fed, which may be of little comfort to investors in the short term.
—Callum Keown, as posted on “The Barron’s Daily”
© 2022 PWA Financial All rights reserved.