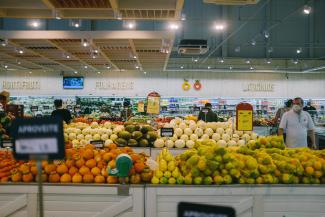 With fears over the Omicron coronavirus variant put to one side for now, at least in the minds of investors, markets have already jumped to their next major concern—inflation.

It isn’t a new worry, just one that has been shunted to the sidelines in recent weeks amid the scramble for certainty and answers when it comes to the new variant.
The three major U.S. indexes are near enough back where they were before Omicron fears set in. Now they need new instructions for where to go next.
Those instructions are likely to be around the corner in the form of Friday’s consumer-price index reading and subsequently the Federal Reserve’s meeting next week.
A faster pace of tapering is widely expected, after Fed Chair Jerome Powell said it would be discussed last week. Concluding that process by March would pave the way for interest rate increases if and when necessary. Powell’s sudden hawkish pivot was a surprise but it did at least give investors forewarning.
When it comes to inflation, economists expect a CPI print of 6.7% year-over-year. Anything much stronger than that may raise the possibility of earlier than expected interest rate increases next year, halting the market’s recent rally in its tracks.
The Fed clearly wants to fight rising inflation, shifting its policy to do so. Friday’s CPI will reveal just how much of a battle it has on its hands.
—Callum Keown
© 2022 PWA Financial All rights reserved.