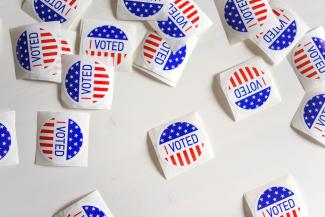 Throughout history, we’ve seen the stock market advance under both Republican and Democrat presidents.

However, this isn’t a statistically significant data point, and we’ve seen markets perform fine under single-party rule as well.

Since 1946, economic activity has been remarkably similar during single-party rule and divided government rule.

It’s almost time for the midterm elections! Or as David Letterman said, “It’s the day that Americans leave work early and pretend to vote.” I suppose that joke was more relevant before more than half of the population was working from home.1 Regardless of where we sit during the workday, where we stand politically has become increasingly more divided. In fact, surveys suggest that Americans are more divided now than we have been at any point since the US Civil War.2 I find that to be overwhelmingly sad and wish more common ground could be found. But while I don’t have an answer for that dilemma, I do have an answer for another question I get every two years: “How much do elections matter to markets?”

The answer: Not as much as you might think. In fact, I’d say financial markets really don’t care which party is in the White House or has the majority of seats in Congress.

We’ve seen this before. The market posted near-identical returns over the two Reagan terms (207%) as they did over the two Obama terms (234%).5

Five things history has taught us about midterms and markets

Yet, investors continue to fret during election years. To (hopefully) ease their minds, I studied the history of US midterm elections and assessed the implications, or lack thereof, for the economy and the financial markets. Here are a few of the things I found:

Partisan control: How have markets performed? 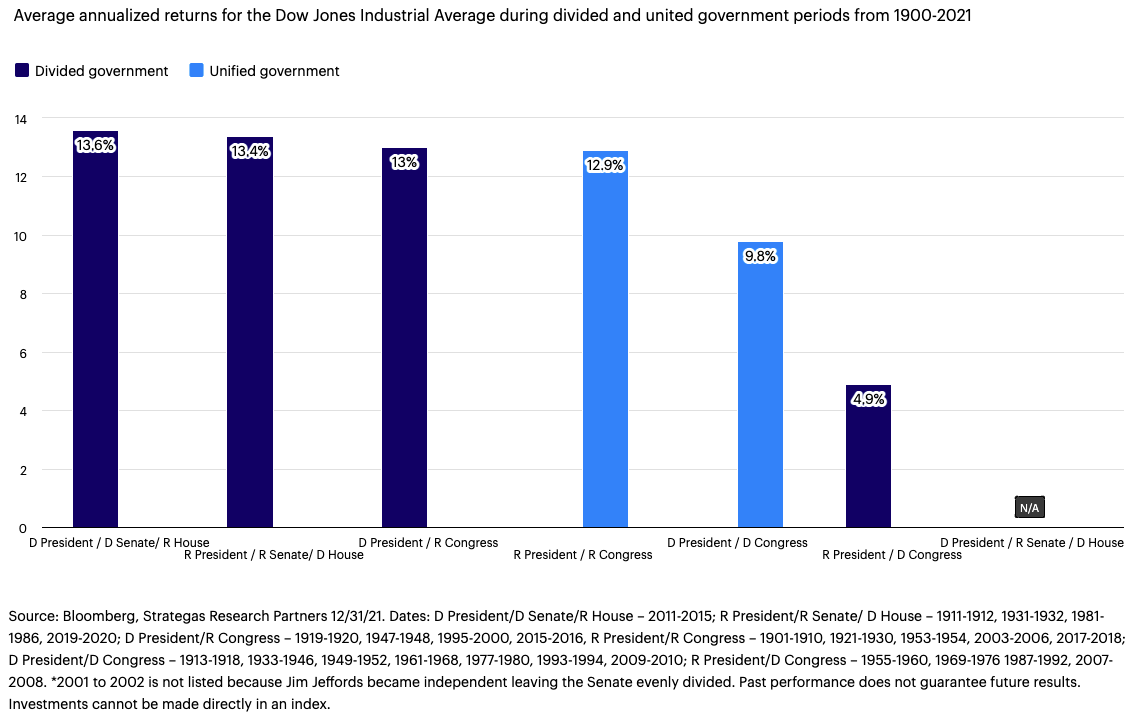 You can debate the merits of a trade war or government spending, which party had the better pandemic response, which party was ultimately responsible for inflation, or any other issue. But from a market perspective, it should feel like much ado about nothing.

Waiting to invest for when preferred political parties have held power, or worse yet selling when they don’t, would have had disastrous results for long-term investors, compared to a buy-and-hold strategy.11 So, root all you want. Carry signs that say, “Hooray for our side.” And, most importantly, vote. But be very careful to not allow political outcomes to disrupt your investment plans.