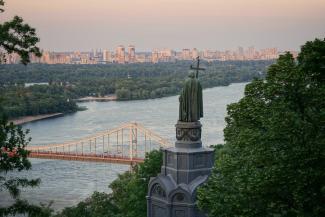 The Wall of Worry

In the 20th century, the United States endured two world wars and other traumatic and expensive military conflicts; the Depression; a dozen or so recessions and financial panics; oil shocks; a flu epidemic; and the resignation of a disgraced president. Yet the Dow Jones rose from 66 to 11,497.”  – Warren Buffett, New York Time op-ed[1]

Mr. Buffett wrote those words amid the Great Financial Crisis, just days following the collapse of several financial institutions.  He went on to say, “I can’t predict the short-term movements of the stock market. I haven’t the faintest idea as to whether stocks will be higher or lower a month or a year from now. What is likely, however, is that the market will move higher, perhaps substantially so.”
How right he was.  Following the publishing of Buffet’s remarks on October 16th, 2008, the market’s sell-off continued, falling an additional 29%.  The subsequent bull market proved that “perhaps substantially so” was the understatement of the decade. Since the end of 2008, the S&P 500 has increased fivefold, with an annualized return of more than 15%.

When it comes to geopolitics, our crystal ball is as opaque as all the others.  Since we can’t tell the future, the next best thing is to contextualize current events with the past.  Studying The Market Keeps Going chart, it’s difficult to pick out Russia’s invasion of Crimea (March 2014) or invasion of Georgia (August 2008).  Both of which directly coincided with the Olympic Games in Sochi and Beijing. 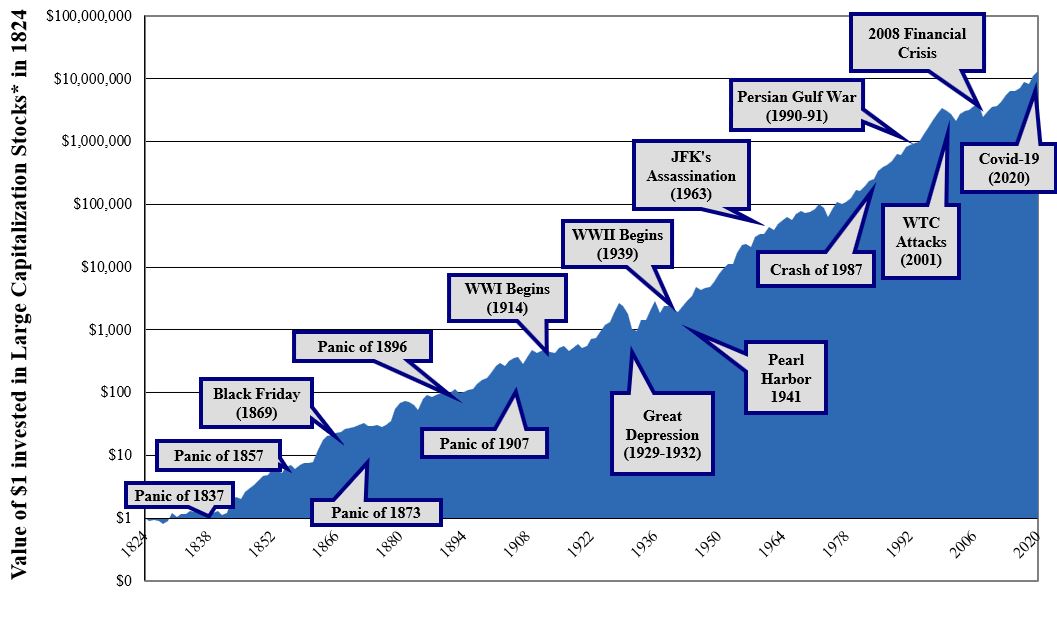 Source: Haverford, Ibbotson Associates
* Large Capitalization Stocks represented by NYSE exchange data from 1824 to 1925, S&P 90 from 1926 to 1957, and S&P 500 after 1957.  The S&P 500 is a broad representative index of large capitalization U.S. stocks. It is not possible to invest directly in an index. Past performance is no guarantee of future results. The Panics of 1837, 1857, 1873, 1896 & 1907 were periods of financial crisis and extreme market volatility that resulted in deep economic downturns.

Therefore, practically speaking, Russia’s incursion / invasion / peace-keeping mission into eastern Ukraine, will hopefully prove to be of little long-term consequence to U.S. markets. But the mere possibility of continued conflict and all-out war could be enough to drive equity prices lower in the near-term.  We aren’t discounting, minimizing, appeasing, or rationalizing Russia’s actions – just framing current events within a long-term financial markets context.

This upheaval on the heels of pandemic-era supply chain disruptions brings us back to what will likely be the most important issue for U.S. investors in the near term: monetary policy. Facing inflationary pressures, the Fed Funds futures are forecasting upwards of seven quarter-point hikes over the next 18 months, and many stocks with lofty P/E multiples coupled with lousy cash flow are already trading significantly off their recent highs. While the Nasdaq composite is down a little over 15% from its high, more than half the stocks in the index, many of which resemble this description,  are down more than 30%.